Open Water is part of a new wave of Black British literature, telling authentic stories that connect to people who have felt unheard and unseen. Debut novelist Caleb Azumah Nelson, a 25-year-old South Londoner, manages to voice the inner thoughts so many Black people have felt with nuance and care, without homogenizing our experiences.

The backbone of Open Water is a delicate love story burgeoning in South East London. A photographer meets a dancer while working together on a project to document Black life in London, their connection is electric, intense, and complicated. But at its core, the novel takes an unflinching look at the complexities and nuances of being Black in Britain—from racial profiling, the pressures of masculinity, and the multifacetedness of Black love, art, and community.

Niellah Arboine: How did the story came about and why now?

Caleb Azumah Nelson: I think it’s weird because the story feels like it’s taken on a different sort of dynamic and different meaning on this side of the pandemic.

While so much of the book is fictional, it really felt like a confrontation with myself and with my feelings and experiences that I had had.

NA: Did you ever feel pressure to accurately represent the Black British millennial experience?

CAN: The experience I was so insistent on getting right was the Southeast London experience. And there’s a really specific texture to Southeast London. And also how the community comes together and interacts. I really wanted to portray that specifically.

NA: At the root of Open Water, it’s a story about forbidden love or love under unexpected circumstances which I think is quite a classic, universal theme. What was the inspiration behind it, and what are some of your favorite love stories?

7 Novels About Black People in Love

Sara Collins, author of “The Confessions of Frannie Langton,” on how fiction should reflect the universality of love 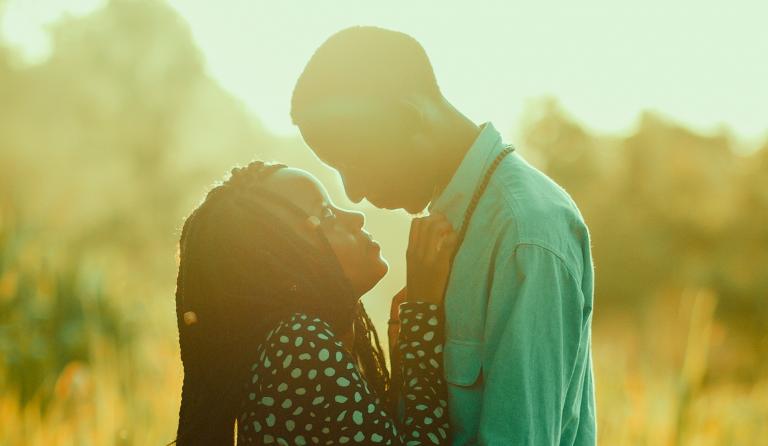 CAN: I really wanted to explore love in its various ways and forms, like Moonlight and Beale Street—those have just been massive influences in my life. Maybe not so much thinking about forbidden love, but the ways that we love and the ways that we share each other in various circumstances. So much of our day-to-day expressions are expressions of love in various forms: self-love or, expressing love for your family, for your friends, or romantic partners.

NA: Why did you show a multifaceted look at Black love? Which parts of Open Water do you think this shines through the most?

CAN: I wrote the novel, wondering whether love could be a site of freedom. That was my guiding force. The moments where the main characters are spending time together, choosing to spend time together (which I think takes a certain kind of trust), allowed me to really think about the ways in which we love each other and the ways in which this love is expressed.

NA: What role does music and art play in Open Water?

CAN: Art, especially music, was so central to the lives of the characters. They served as a place where they could honestly express themselves, but could also use art to map their emotions when they didn’t have the words. There was also a sense of community and intimacy which was fostered when the characters were engaging in art together, or with others. I think sharing that experience of seeing and hearing art, and really feeling it, is a powerful thing.

NA: Open Water shows a really balanced look at identity, you managed to go from trauma and Black masculinity and the police to what freedom looks like for Black people and art and expression. How did you manage the mix like the personal with the political?

CAN: I think it emerges from my work as a photographer, 99% of my work is portraiture. I’m just really interested in what space I can afford for Black people when I’m seeing them, and how Black people want to be seen. And trying to afford people this fullness and wholeness that isn’t really afforded to us generally in our day-to-day life.

NA: Why is community such an important theme within Open Water?

CAN: There’s a knowledge, when you’re a Black person, of your proximity to death, be it physical, psychological, emotional. You know that at any moment or any day, you could be faced with a situation that brings you face to face with such death. But I think Black people forge communities with each other, with this knowledge, but also with the view of continuing to hope. To create small worlds with each other which reflect the world as we want it to be. Otherwise, the only thing we end up doing is waiting for our demise, and that’s not a life.

NA: With your US debut out now, how do you think Black Americans might receive Open Water?

CAN: It’s weird, I didn’t anticipate it getting the sort of attention. I woke up this morning and someone had written a review for The New York Times. It feels like, despite the fact that it’s such a specific sort of experience, that there are connections and parallels being made—and something that I’m really grateful for is that there’s not this like homogenization of Black experiences.

Sucks to be him! How Henry the vacuum cleaner became an accidental design icon

Back up your files with ease using this portable device