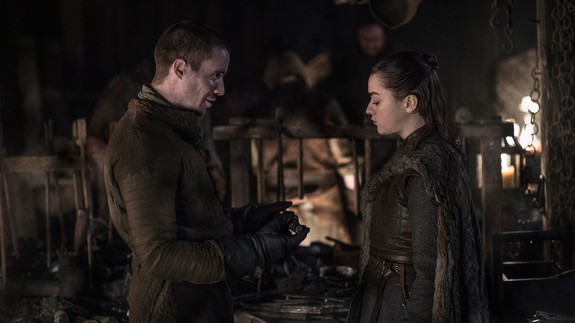 So there may not have been much in the way of battles or deaths, but the first episode of the final Game of Thrones season still had plenty to discuss.

SEE ALSO: Sam dropped THAT bomb on Jon during the ‘Game of Thrones’ premiere

One question, that’s been something of a theme for the show’s past couple of seasons, is this: What exactly is Arya up to?

Well, one thing that was clear from her reunion with Gendry is that she’s obviously preparing herself for the coming war. And she doesn’t want to go into it empty-handed. Read more…

Urban clickbait? Why ‘iconic architecture’ is all the rage again

3 hours ago Dm4r
We use cookies to ensure that we give you the best experience on our website. If you continue to use this site we will assume that you are happy with it.Ok