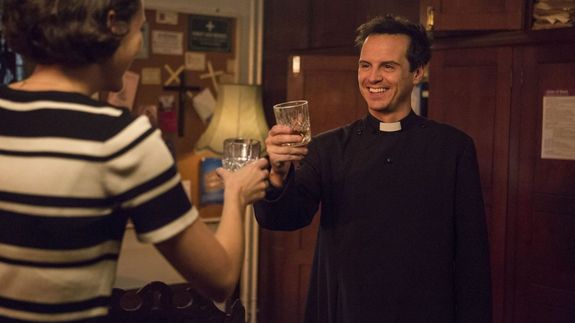 Fleabag‘s Hot Priest, who gave the internet a new religion after Season 2 launched on Amazon Prime in May, is here to answer your prayers. Or more importantly, quench our thirst for him.

“How are you? Have some gin — I hope you get a ticket!” Scott can be heard saying in a video posted to social media.

Specifically, the two were handing out Gin in a Tin, the canned gin and tonics from British retail chain M&S (Marks & Spencer). Scott’s character referenced it in a now-iconic scene from Season 2, which inadvertently caused a 24 percent spike in gin and tonic sales at M&S. Judging from its Instagram, the retail chain had at least some hand in making this lovely moment possible.  Read more…

US tightens rules on Chinese state media over ‘propaganda’ concerns

54 mins ago Dm4r
We use cookies to ensure that we give you the best experience on our website. If you continue to use this site we will assume that you are happy with it.Ok