Pam & Tommy creator Robert Siegel returns to Hulu with a new true crime docuseries, Welcome to Chippendales. Though this limited series is a sexy drama about the curious birth of the eponymous all-male revue, there is a very distinct strain of violence threaded throughout. While the series is building up to a murder-for-hire situation between Chippendales founder Somen “Steve” Banerjee (Kumail Nanjiani) and his business partner, choreographer Nick De Noia (Murray Bartlett), Welcome to Chippendales spends a chunk of its first episode on a particularly tragic corner of true crime history: the murder-suicide of Dorothy Stratten and Paul Snider.

We meet Playboy Playmate Dorothy Stratten (Nicola Peltz Beckham) and her boyfriend Paul Snider (Dan Stevens) when they walk into Chippendales one desolate evening. Snider, who was known back in their hometown of Vancouver as “the Jewish pimp,” is a wanna-be big shot/club promoter who somehow convinces Steve to hire him. Steve does in no small part because of the curious couple’s connection to his hero, Hugh Hefner.

What’s the deal with Dorothy Stratten and Paul Snider in Welcome to Chippendales?

On the show, Paul and Dorothy take Steve out dancing to a gay club, where he gets an eyeful of male flesh on display and notes Stratten’s enjoyment of it. Thus, the idea for the all-male revue for women is born. Snider is disgusted, but Stratten thinks it’s brilliant. 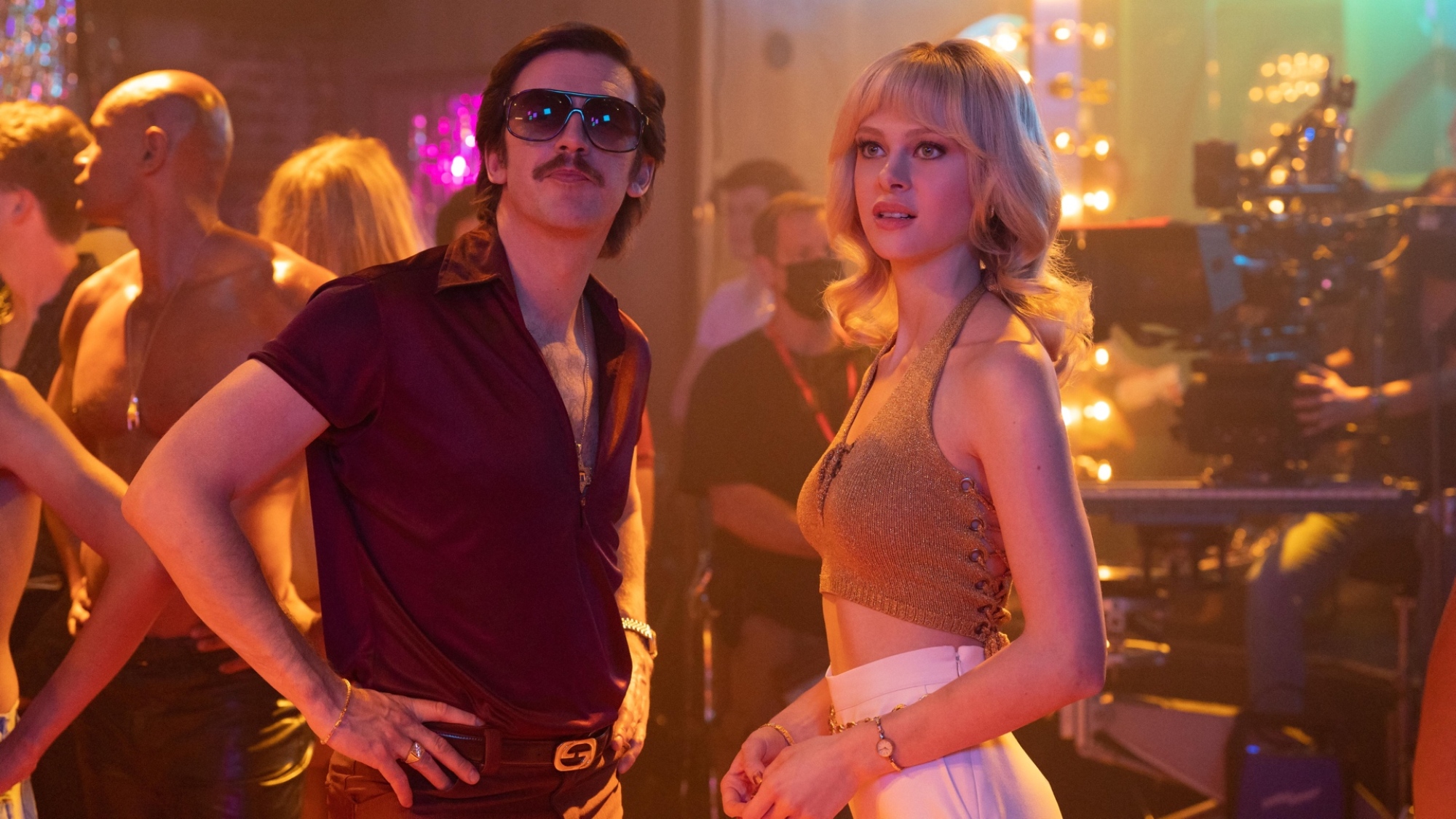 In the first episode of the terrific true-crime podcast Welcome to Your Fantasy, historian Natalia Petrzela interviews Bruce Nahin, a lawyer who was an early investor in Chippendales. He tells her, “Paul had gone to Canada someplace and saw some sort of gay male revue that was striptease, and he came and he told us about it.” A far less exciting plot development, to be sure!

As Paul, Stevens is a brunette hothead with his shirts unbuttoned to his pupik with a giant Star of David nestled in his chest hair. It’s a hunky glow-up the real Snider might have dreamed of but does not deserve. As the emcee for the untrained Chippendales dancers, he’s crass and cringey, shouting to the female audience awaiting the big show, “Put some newspaper on those seats, because you are about to get wet!”

In Nahin’s retelling and Petrzela’s research, Snider was actually a terrible emcee — Welcome to Chippendale’s is accurate there at least. But he was fired without hubbub, unlike on the show, where it’s portrayed as one of the major triggers of his murder-suicide.

As Petrzela says, “Snider’s such a footnote in Chippendales’ history that he almost doesn’t bear mentioning. Except in my mind, he’s a kind of cautionary tale, an early red flag. A symbol of the sordidness that was baked into Chippendales’ DNA from the very beginning. And also this idea that, no matter what happened, whatever weird and dark shit emerged from this place, Chippendales would just move on.”

In the first episode of Welcome to Chippendales, the arc of Stratten and Snider’s relationship is brutally foreshortened, as if to emphasize the importance Chippendales has on their lives. The script gives Paul an unsavory amount of screentime while eliding events that unfolded over months. On the show, he snaps and kills his wife and himself because he’s jealous that filmmaker Peter Bogdanovich wants her for a part in an upcoming movie. Snider getting canned by De Noia (which is not the way things went down, according to Nahin) was the last straw. 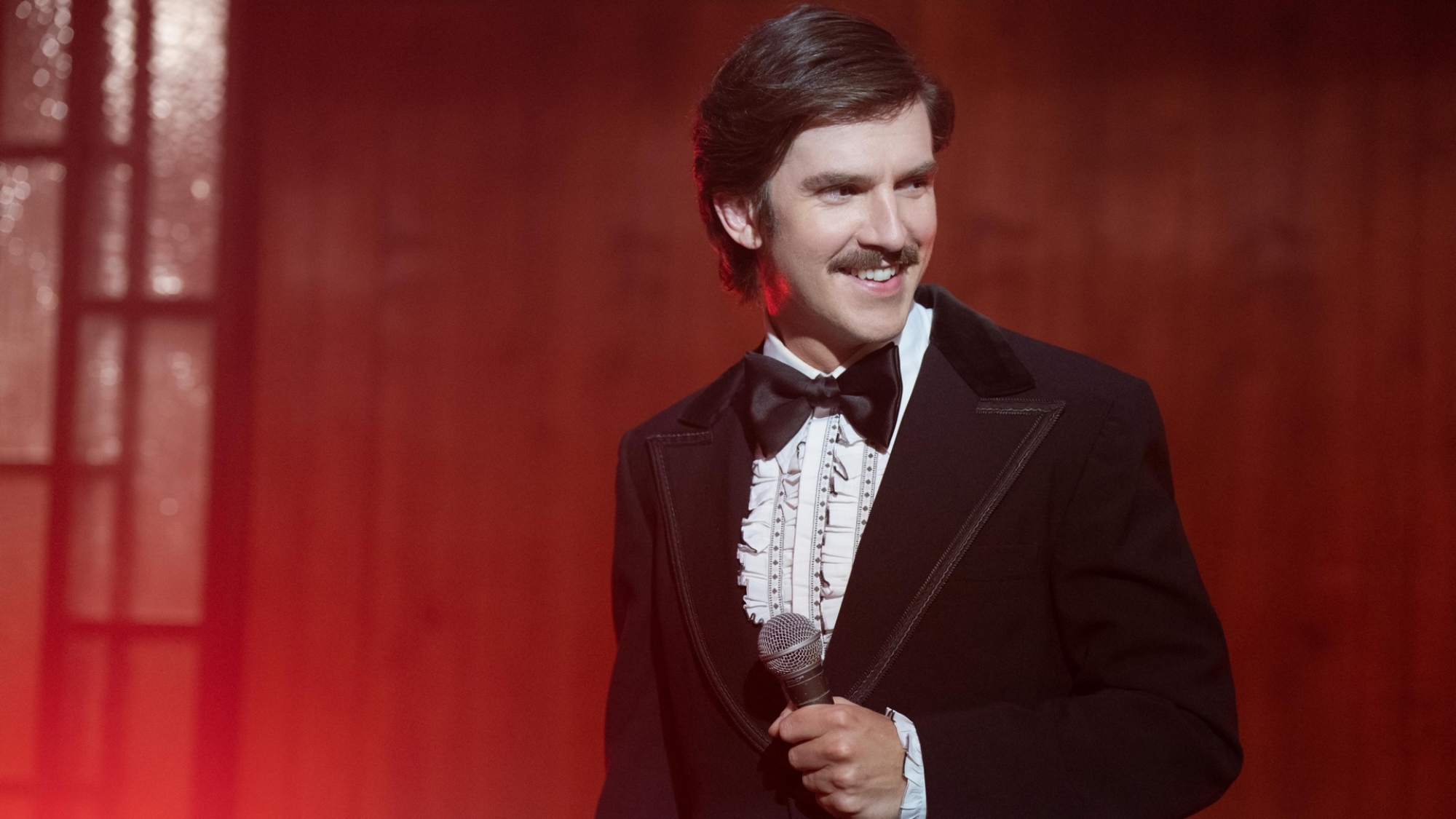 Granted, this series isn’t a documentary, but something about it really rankled me. Perhaps because the whole vibe is aiming for “true crime, but classy!” and then the camera slowly zooms back on the blood-soaked bedroom, the 12-gauge shotgun placed just so in a splatter of blood, to reveal the fuzz on Stevens’s nude bottom. It makes a meal out of this horrid murder. But I guess we can be glad there wasn’t a talking penis involved?

OK, but what really happened to Dorothy Stratten?

In 1980, Dorothy Stratten (née Hoogstraten) was on the cusp of stardom. And although she did apparently suggest to Steve that the Chippendales adopt the Playboy bunnies’ cuffs and collar, Chippendales would have barely been a footnote in her biography were it not for her tragically truncated life.

As Teresa Carpenter wrote in her Pulitzer Prize-winning Village Voice cover story “Death of a Playmate,” “She was not just any playmate but the ‘Eighties’ First Playmate of the Year.’ As Playboy trumpeted in June, she was on her way to becoming ‘one of the few emerging goddesses of the new decade.'” The pinup girl was moving toward movie star, being courted by Bogdanovich for a role in They All Laughed and — in deepest secrecy — for a romantic relationship as well.

Looking back, Snider and Stratten’s relationship was sketchy from the start, as they met when she was 16 and he was 25. While his reported nickname, “the Jewish Pimp,” didn’t mean he forced his much younger partner to do sex work per se, Snider was certainly the reason Stratten ended up embarking on a nude modeling career as soon as it was legally allowable.

According to the Village Voice story, he did work as a pimp for other women before he began dating Dorothy:

“Snider probably never worked Dorothy as a prostitute. He recognized that she was, as one observer put it, ‘class merchandise’ that could be groomed to better advantage… He had tried to promote other girls as playmates, notably a stripper in 1974, but without success. He had often secured recycled playmates or bunnies to work his auto shows and had seen some get burnt out on sex and cocaine, languishing because of poor management. Snider dealt gingerly with Dorothy’s inexperience and broke her in gradually.” 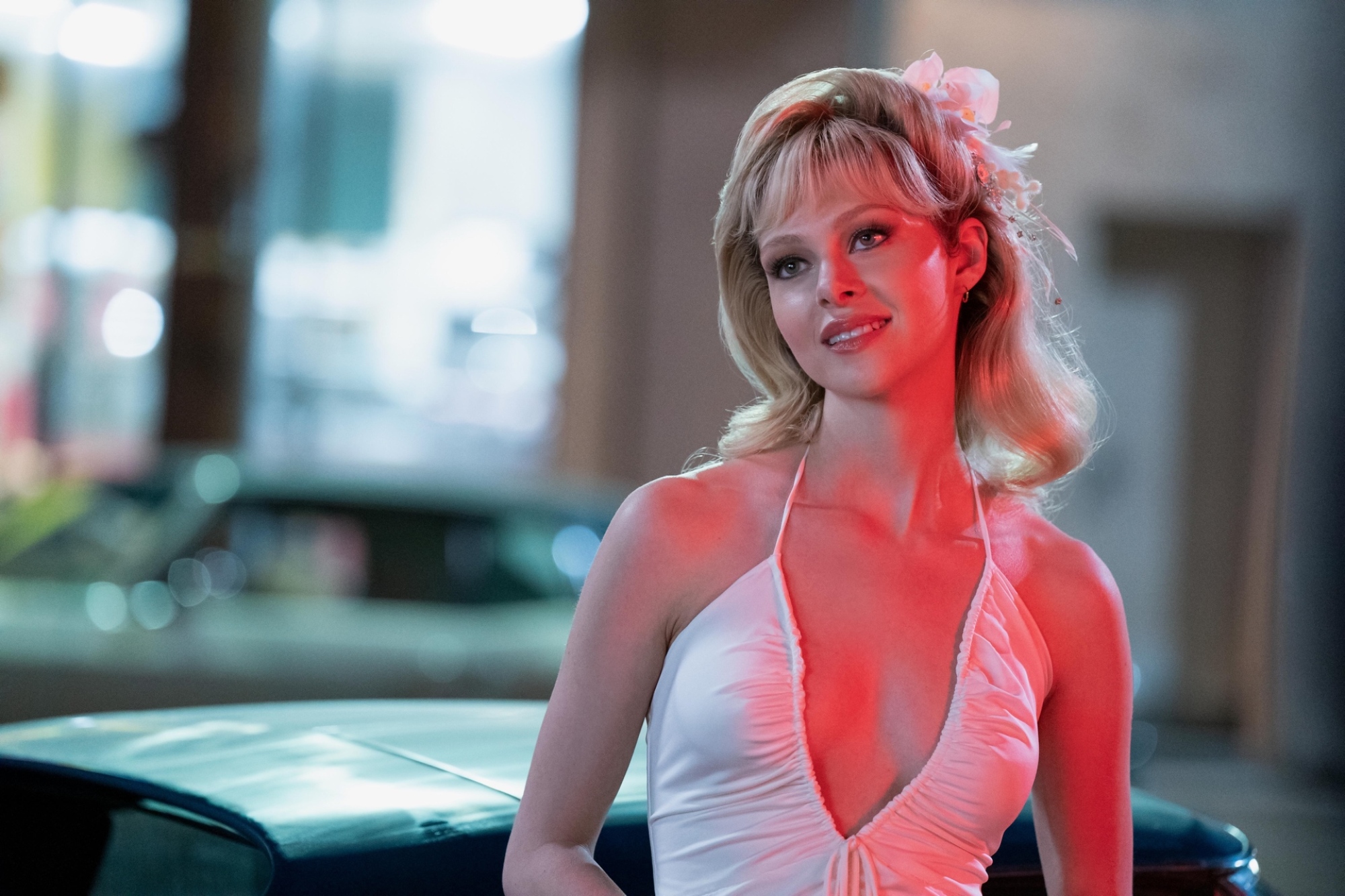 In Welcome to Your Fantasy, Nahin described Snider as “Animated. Crazy. Wouldn’t stop talking. Obnoxious. Not one of my favorites.”

Or, as Hef himself described him, “A very sick guy saw his meal ticket and his connection to power, whatever, slipping away. And it was that that made him kill her.”

Snider and Stratten were married. It wasn’t a fact they made super public, but it was true. But as her star was on the rise, Snider’s temper was getting worse; he felt his ticket to endless gold Chai medallions slipping through his fingers. Their business entanglements were messy. She was in love with Bogdanovich and wanted to end things with Snider. During what was supposed to be a meeting about coming to a financial settlement, Snider shot Stratten and killed himself.

As it was revealed in A&E’s Secrets of Playboy, people knew about Snider and his history of trafficking women and just generally being a scummy dude. But no one — not even Hef — seemed particularly concerned or wanted to get involved.

For his part, Bogdanovich was crushed by Stratten’s death. He wrote the book Killing of the Unicorn: Dorothy Stratten 1960–1980 about their relationship and her murder.

In 1989, Bogdanovich married Dorothy’s 20-year-old sister Louise Hoogstraten, aka L.B. Stratten. Although they divorced in 2001, it seems they remained on good terms. A 2019 interview with Vulture took place at the apartment Bogdanovich shared with Louise and her mother, Nelly. When asked about the relationship with his dead girlfriend’s sister (whom he met when she was 11 and a half), Bogdanovich said, “It’s like a shipwreck. We both ended up hanging on to the same piece of driftwood, and we saw that we loved each other.”

Stratten, whose life was chronicled in the movies Star 80 and the made-for-TV movie Death of a Centerfold, was clearly a force to be reckoned with beyond her youth and notable beauty. It’s clear that such a shockingly violent effect rippled across the lives of all who knew her.

The first episode of Welcome to Chippendales premieres on Hulu Nov. 22.

Who was Dorothy Stratten beyond ‘Welcome to Chippendales’?

Save £250 on the Peloton Bike this Cyber Monday

Save over £160 on the iRobot Roomba Combo this Cyber Monday

Save £80 on the Apple Watch Series 7 this Cyber Monday

Save £250 on the Peloton Bike this Cyber Monday

Save over £160 on the iRobot Roomba Combo this Cyber Monday

Save £80 on the Apple Watch Series 7 this Cyber Monday

Save £100 on the Nespresso Vertuo Plus this Cyber Monday